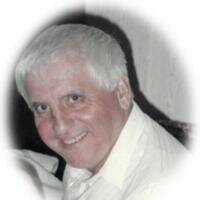 NEW GLASGOW – James Grindlay “Jim” Keillor, 86, New Glasgow, passed away January 1, 2021 in the Aberdeen Hospital, New Glasgow. Born in Lunenburg, Nova Scotia, a few hundred meters up the hill from the birthplace of Bluenose I and II, he is one of very few to have had a sail on both renowned ships. His parents, James Smith and Ruth (Spink) Keillor who migrated from Dundee, Scotland, with his two older sisters ten years before his birth, arrived at Halifax's venerable Pier 20/21 a board White Star Line's "Regina”. Raised and educated in Halifax, Jim studied, apprenticed, and practiced under the tutelage of a pioneer of Eastern Canada's Chartered Accountant profession, Dr. Harvey E. Crowell, F.C.A. He joined Dr. K. R. Patrick, C.D., O.B.E., (founder of Canadian Aviation Electronics Corp. and the Vertol Division of the Boeing Aircraft Company), to begin a thirty year career of promotion and development of the Islands of the Eastern Caribbean. Many of the now popular Islands were still without their first resort, when Jim arrived in the West Indies. As General Manager - Hotels and Real Estate, Marigot Investments Limited, he was responsible for five resort hotels and several major land developments. For example, the Antigua Golf and Country Club development, sold all its 200 homesites during his tenure. In 1970 Jim established his own Caribbean real estate firm, in Antigua, specializing in resort hotel development and resale of existing facilities. In 1971, he introduced Mr. Edgar D'Souza, Founder of Fibracan Inc., to Antigua and, together, they developed the North-west corner of the Island, including, Yepton Beach Club, Resorts and Condominiums and the Pillar Rock development. He created the concept and wrote the prospectus, in 1982, for the Deep Bay development originally known as "The West Indian" and eventually marketed under the name "The Royal Antiguan", a 350 room - casino resort. Jim’s native province was always a priority and in 1973 founded After School Projects Limited, a privately funded employer of many hundreds of Nova Scotian teenagers in an advertising and promotions program. The distribution of 60,000 copies of a weekly entertainment magazine, "Showbiz", was a part of that activity. He also President and Publisher of the corporation creating that periodical. In 1987, Jim took a hiatus to write a non-fictional work and in 1991 began to develop the Bluefin concept. His career had been devoted to many projects that were labourious to develop because of the creative uniqueness of their diversity and objectives. Virtually all of Jim’s endeavors enjoyed success and almost all were associated with the leisure, recreational and athletic sectors. In 1960 he had been involved with the Schooner Athletic Organization and co-founded the “Bluenose Classic”. Jim, in 1967, co-founded Canada's first luge/bobsled run, together with Olympic Gold Medalists Vic Emery and Paul Levesque, at La Reserve Resort in St. Donat de Montcalm, Quebec's Laurentians. He was awarded the Centennial Medal in November 1967, for that achievement. He has served a director of many companies. Jim’s legacy would be to encourage those reaching the final stages of professional careers to enter mentorship relationships with the younger generation of academics, so they may benefit as he had. Surviving are brothers, Ramsey; several nieces and nephews. Besides his parent, he was predeceased by sisters, Ruth and Margaret “Peggy”; brother, Fred. He was interred in Abercrombie Cemetery. To plant Memorial Trees in memory of James Grindlay Keillor, please click here to visit our Sympathy Store.