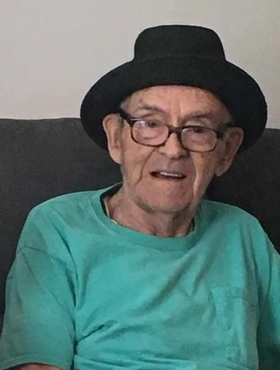 Born in McGrath’s Mountain, he was a son of the late Margaret Theresa McGrath. Prior to leaving for California in 1960, Cally was employed in several sawmills. Upon arrival in California, he took night classes to further his education, obtaining his BA. Cally was employed with Air Canada for many years, following, as a travel consultant. Upon retirement, he began teaching adult education, which he thoroughly enjoyed. Cally was a life-long learner, interested in the affairs of the world and people. He was champion for physical fitness. Cally was an avid racewalker, competing in many marathons until the age of 80. He possessed strong faith in his Lord and lived his life following Christian principles. Cally often cited Psalm 139, strongly believing in the unique purpose of each person. For Cally, “life has changed; not ended!”

Besides his mother, Theresa, he was predeceased by his “second mother”, Catherine (John Peter); sister, Betty; brothers, Bernie, Dan and Vincent.

Share Your Memory of
Calvary
Upload Your Memory View All Memories
Be the first to upload a memory!
Share A Memory
Plant a Tree