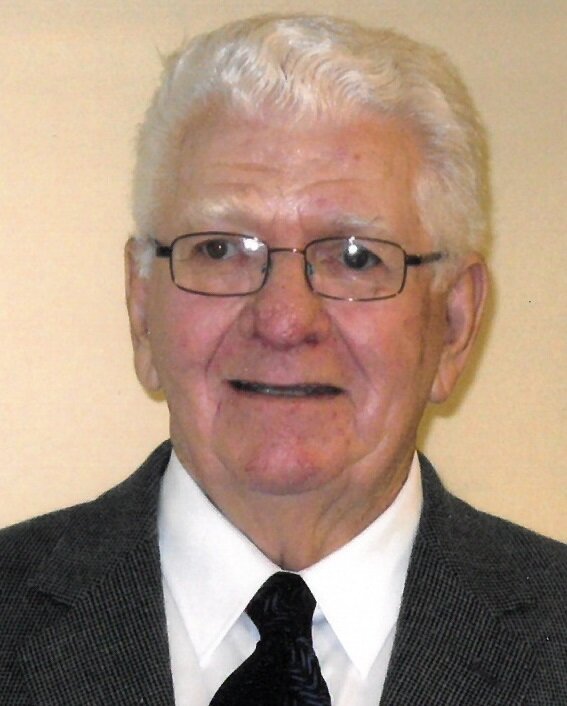 Born in Apple River, he was a son of the late Brenton and Agnes (Johnson) Spicer.  Glen was a member of the United Church, New Minas.  He had been employed as service manager with the former Kiley Motors, New Glasgow and Bonnyman Pontiac Buick Ltd., New Minas. Glen was a member and 50-year jewel holder of Albion Lodge, No. 5 A.F. & A.M., New Glasgow.  He was a Past Master of Kentville Lodge No. 58, A.F. & A.M., Kentville.  Glen served as District Grand Chaplin for Kings County (2002). He was a member of various Masonic concordant bodies and was a member of the Philae Temple Shriners. He volunteered with the Victorian Order of Nurses and with many other worthy causes. Glen greatly enjoyed years of playing Santa Claus throughout the province for 40 years.

Besides his parents, he was predeceased by brothers, Carson, Brenton Jr., Clair and Headley.

A graveside service will be held in Maccan Cemetery at a later date.

To plant a beautiful memorial tree in memory of Glendon Spicer, please visit our Tree Store

A Memorial Tree was planted for Glendon
We are deeply sorry for your loss ~ the staff at P & K MacDonald Funeral Home
Join in honoring their life - plant a memorial tree
Services for Glendon Spicer
There are no events scheduled. You can still show your support by planting a tree in memory of Glendon Spicer.
Plant a tree in memory of Glendon
Print
Share A Memory
Plant a Tree