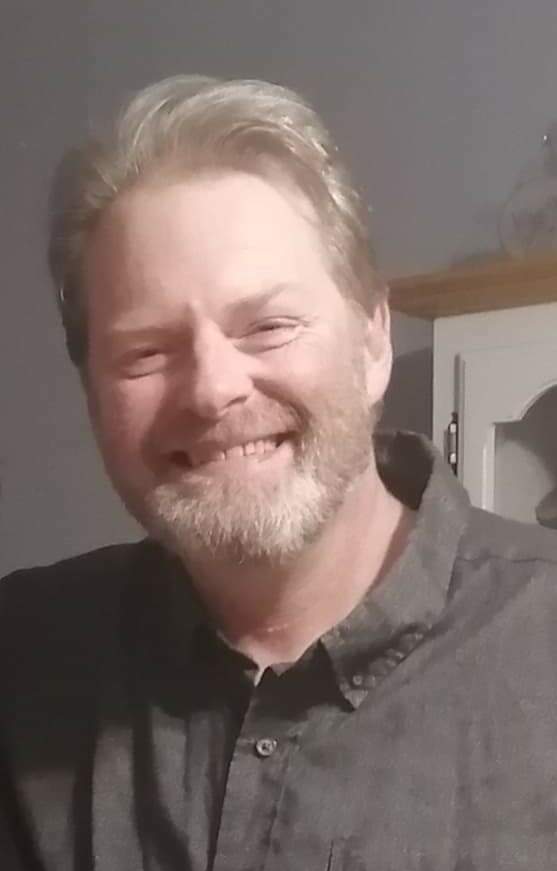 Please share a memory of Laurie to include in a keepsake book for family and friends.
View Tribute Book

NEW GLASGOW – Laurie Hugh Acker, 56, New Glasgow, formerly of Kentville, passed away, Wednesday, August 10, 2022, in the Halifax Infirmary, QE II, Halifax with his family by his side.

Born in Sydney, he was a son of the late George Arthur and Mary Elizabeth (Langille) Acker.  Laurie attended Acadia University and was a manager with Easy Home, Cash Store and Insta Loans.  He was currently employed with CIBC, New Glasgow. Laurie enjoyed playing golf, curling and BBQing.  He was an avid Boston Bruins, Pittsburgh Steelers and New York Yankees fan.   Laurie was a positive, loving and kind gentleman, who possessed a dry sense of humour. He is described a “having the best laugh – it lit up the room”. To his children, he was the best father and to his wife, wonderful!  Laurie was an adoring papa, a fantastic brother and brother-in-law and loyal friend to many.

Along with his parents, he was predeceased by a brother, Kevin in infancy; mother-in-law, Jannette MacKenzie; father-in-law, Earl MacKenzie.

In honour of Laurie’s wishes, his family will celebrate his life privately.

If desired, donations may be made in Laurie’s memory towards his daughters, Alissa and Emma’s, education.

To plant a beautiful memorial tree in memory of Laurie Acker, please visit our Tree Store

A Memorial Tree was planted for Laurie
We are deeply sorry for your loss ~ the staff at P & K MacDonald Funeral Home
Join in honoring their life - plant a memorial tree
Services for Laurie Acker
There are no events scheduled. You can still show your support by planting a tree in memory of Laurie Acker.
Plant a tree in memory of Laurie
Print
Online Memory & Photo Sharing Event
Online Event
About this Event