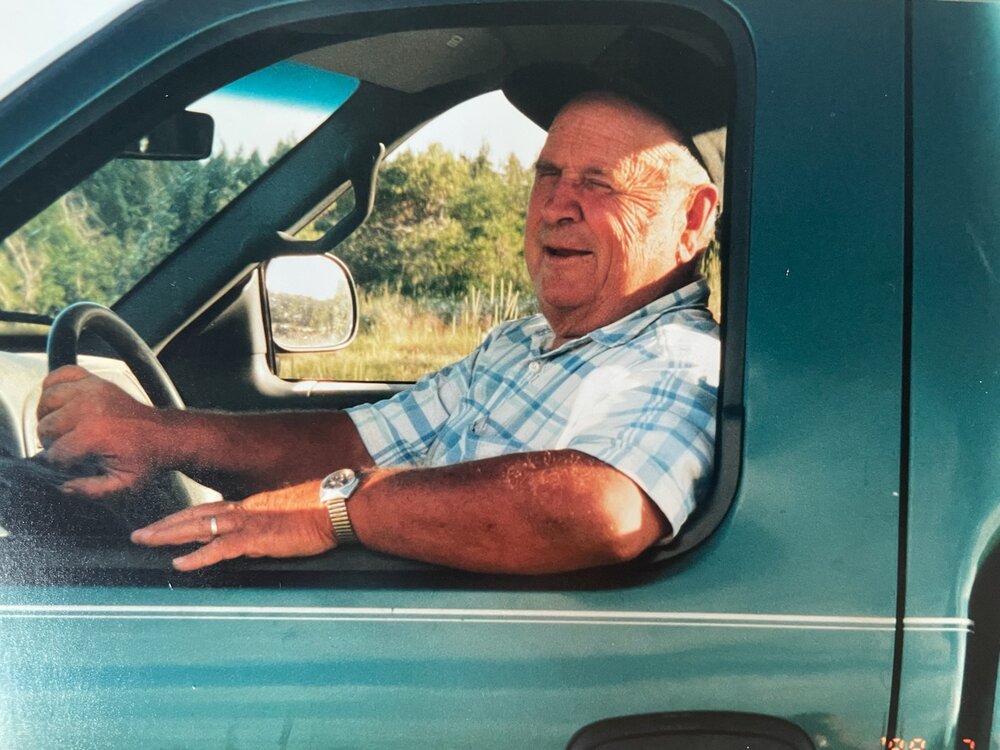 Please share a memory of Elmer to include in a keepsake book for family and friends.
View Tribute Book

Born in Antigonish, he was youngest of the seven children of John Frederick and Elizabeth Georgina (Grant) Williams.  Prior to retirement, Elmer was a telegrapher with the C.N.R. on the evening shift and during the day, thoroughly enjoyed working with his brothers at the Williams Brothers Sawmill. Living at the family homestead meant there were cows in the field, chickens in the coup, a big garden and hay to be made. He was a member of Barney’s River Presbyterian Church, Kenzieville where he served on the Board of Managers. Elmer served as a Councillor and Deputy Warden in the Municipality of Pictou. He was a life-long member of the Liberal Party, serving faithfully both provincially and federally. Elmer was a member of Hudson Lodge No. 77, A.F. & A.M., Thorburn and Norton Lodge IOOF No. 6, New Glasgow, United Commercial Travelers.

Besides his parents, he was predeceased by his wife of 56 years, Margaret Jean “Peggy” (Ross) Williams; sister, Margaret Fraser; brothers, Lawrence, Grant, and Gerald; several nieces and nephews. He will be remembered for his pranks, his Liberal blood, his quiet expressions of caring and support and his deep, deep love for his family.

The family is grateful to many staff members at Valley View Villa for the care they gave and the relationships they fostered. The family will receive visitors 6-8 p.m. Tuesday, August 23 in P. & K. MacDonald Funeral Home, New Glasgow. Funeral Service will be held 11 a.m. Wednesday, August 24 in Barney’s River Presbyterian Church, Kenzieville with Rev. Gail Johnson Murdock officiating.  Interment will be in Glen Bard Cemetery, James River.

Family flowers only. Donations may be made in Elmer’s memory to The Nick Williams Foundation, the Barney’s River Presbyterian Church, or the Alzheimer Society of Nova Scotia.