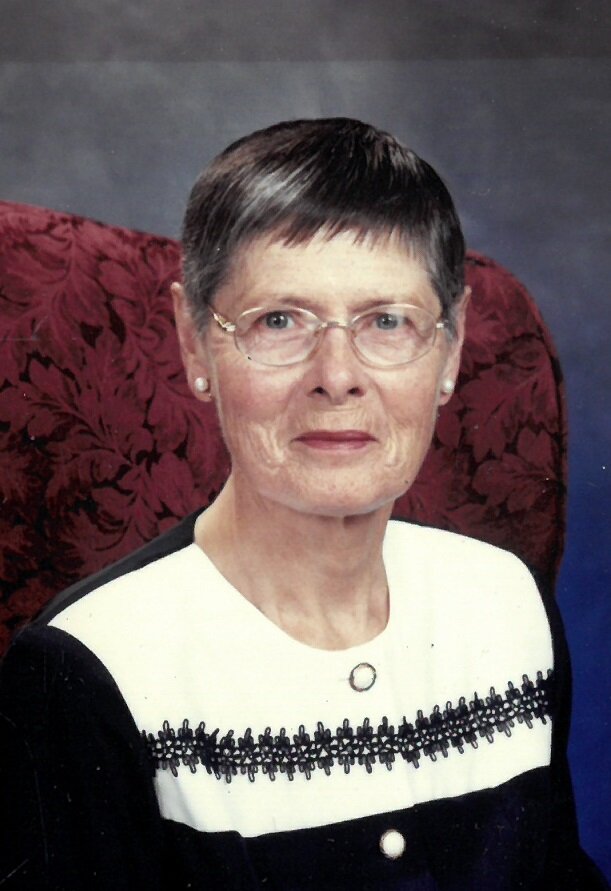 Please share a memory of Mary to include in a keepsake book for family and friends.
View Tribute Book

MERIGOMISH - Mary Lou (MacDonald) Dickinson, 88, Merigiomish, formerly of Linacy, passed away peacefully, Saturday, October 1, 2022, with her family by her side.

Born at home in Linacy on December 17, 1933, she was the daughter of the late Charles David and Janet Catherine (Robertson) MacDonald. Following graduation from New Glasgow High School, Mary Lou completed secretarial training in Halifax.  She had been employed with the New Glasgow Town Office, the former New Glasgow High School, East Pictou Rural High School, Odeon Drive-In, and Goodman Department Store, New Glasgow until its closing in 1985. Mary Lou also worked as a companion/care giver in Linacy, Merigomish and Halifax. She loved spending the summers at her beloved cottage in Lismore, where she planted vegetable and flower gardens.  Mary Lou enjoyed many walks along the beach, woods, and trails by the cottage, watching the animals, birds and boats that passed by. Her family are comforted by warm memories and the legacy of love and industriousness that she has left.  Mary Lou will be dearly missed by all those she loved.

In honour of Mary Lou's wishes a graveside service for family and close friends will be held in Riverview Cemetery, Merigomish with Rev. Gail Johnson Murdock officiating.

To plant a beautiful memorial tree in memory of Mary Dickinson, please visit our Tree Store

A Memorial Tree was planted for Mary
We are deeply sorry for your loss ~ the staff at P & K MacDonald Funeral Home
Join in honoring their life - plant a memorial tree
Services for Mary Dickinson
There are no events scheduled. You can still show your support by planting a tree in memory of Mary Dickinson.
Plant a tree in memory of Mary
Print
Online Memory & Photo Sharing Event
Online Event
About this Event