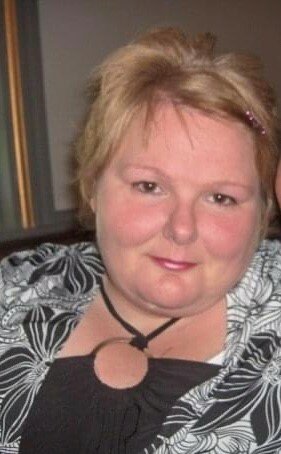 Please share a memory of Barbara "Bea" to include in a keepsake book for family and friends.
View Tribute Book

Born in New Glasgow, she was a daughter of the late Robert Rexton Clyburne and Diane Agnes (MacAulay) (Clyburne) Perry and, stepdaughter of Phillip “Buck” Perry, New Glasgow. Barbie enjoyed the honor of being the “baby” in the family. Being smothered in love from the moment she was born. Throughout her life, Barbie returned this love to others, always there to help. She enjoyed crafting and “sister nights” – any activity that involved her family. All through her life she enjoyed cuddling babies and was overjoyed when she had her own children to love.  Barbie leaves a rich legacy of love and devotion.

Besides her father, Robert, she was predeceased by brothers-in-law, Wesley O’Connor and Danny Steeves.

The Clyburne and Lewis families wish to thank the Aberdeen Hospital nursing and support staff for the amazing care received.

Donations may be made in Barbie’s memory towards the care of her children.