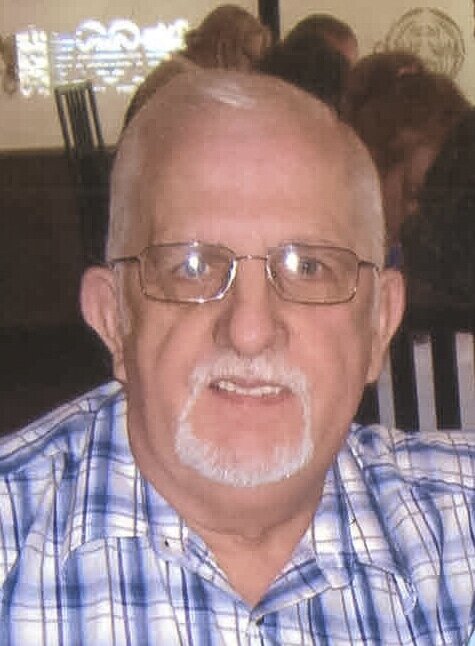 Please share a memory of Wayne to include in a keepsake book for family and friends.
View Tribute Book

THORBURN - Wayne Edward Petrie, 78, Glen Haven Manor, New Glasgow, formerly of Thorburn, passed away peacefully, with his family by his side, on October 19, 2022, in the Aberdeen Hospital, Palliative Care Unit, New Glasgow.

Born on July 20, 1944, he was the son of the late George Edward and Sylvia Mae (MacIntosh) Petrie formerly of Trenton. Wayne was a talented chef and baker working in several restaurants and bakeries throughout his early life.  He retired as a welder from the former Trenton Works. Wayne was best known by many for his remarkable musical ability as a bass player. Wayne performed in many venues throughout North America including the Grand Ole Opry, Nashville.  He enjoyed playing in front of small and large audiences, including his memorable performance for the late Queen Elizabeth II on Prince Edward Island.  Wayne was a member of Christian Fellowship Church, New Glasgow where he gave of his unique talent serving in the worship band for many years. His greatest joy in life was his family and he especially loved being a Grampie.  Wayne was a loving husband, father, grandfather, brother, and uncle who now enjoys the reward of his faith in Jesus Christ.

Besides his parents, he was pre-deceased by his son, Russell (1988) and daughter Tracey Burke (2021)

Wayne’s family would like to thank Glen Haven Manor for the wonderful care he received over the past several years. Special thank you to the Palliative Care team at Aberdeen Hospital and to music therapist Kelsey MacDonald for sharing the gift of beautiful music with Wayne and his family during his final days.

In honour of Wayne’s wishes a private graveside service will be held with his son-in-law, Pastor Mike Poworoznyk officiating.

Donations may be made in Wayne’s memory to the Parkinson Society Nova Scotia.

To plant a beautiful memorial tree in memory of Wayne Petrie, please visit our Tree Store

A Memorial Tree was planted for Wayne
We are deeply sorry for your loss ~ the staff at P & K MacDonald Funeral Home
Join in honoring their life - plant a memorial tree
Services for Wayne Petrie
There are no events scheduled. You can still show your support by planting a tree in memory of Wayne Petrie.
Plant a tree in memory of Wayne
Print
Online Memory & Photo Sharing Event
Online Event
About this Event