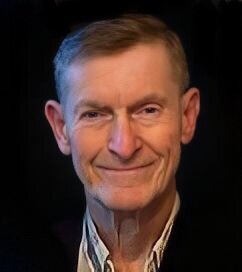 Please share a memory of John to include in a keepsake book for family and friends.
View Tribute Book

John was born in Wolfville, on Oct 13, 1941. He was the son of the late John Gordon Shaw and Rhoda Orella (Mawhinney) (Shaw) Paradis. John served in the Royal Canadian Navy from 1961-1971 as a naval communicator. In 1972 he opened Shaw’s Sewing Centre in Greenwood, later opening a store in New Glasgow which he operated until 1985. Following, John was employed as a dispatcher with the New Glasgow Police Department for 22 years. He was an incredibly talented musician, affectionately known as “Fast Fingers” by many of his peers. John played lead guitar in several well-known bands on stage and in the recording studio throughout the years.  He was thrilled to play on the Grand Ole Opry stage with Jim and Don Haggart. Music was a part of John’s life that he enjoyed sharing with others. Family was the most important part of John's life. He enjoyed spending time with his grandchildren and attending all their sporting events, music recitals and competitions. John and Diane enjoyed travelling and visited many countries over the years. They especially enjoyed their many trips to Mexico. He leaves a legacy of kindness, honesty, warm family memories and love.

The family would like to thank Dr. Shivakurnar and nurse, Kaleigh of the Hematology Clinic, VG Site, QEII, the staff of the Pictou County Victorian Order of Nurses and Aberdeen Hospital Palliative Care Unit for their care and kindness.

In honour of John’s wishes, his family will celebrate his life privately.

John lived with Type 1 diabetes for over 50 years, donations in his memory would be appreciated to Diabetes Canada.

To plant a beautiful memorial tree in memory of John Shaw, please visit our Tree Store

A Memorial Tree was planted for John
We are deeply sorry for your loss ~ the staff at P & K MacDonald Funeral Home
Join in honoring their life - plant a memorial tree
Services for John Shaw
There are no events scheduled. You can still show your support by planting a tree in memory of John Shaw.
Plant a tree in memory of John
Print
Online Memory & Photo Sharing Event
Online Event
About this Event