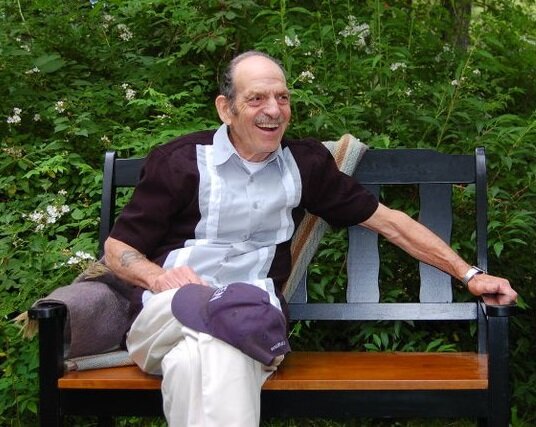 Please share a memory of Gerald to include in a keepsake book for family and friends.
View Tribute Book

Born in Antigonish, he was a son of the late Alan and Loretta (MacDonald) Hardwick. He was raised in Egerton, Pictou County with his six siblings and  was the last surviving member of his family.  He was a member of Our Lady of Lourdes Roman Catholic Church, Stellarton.

He served in the Royal Canadian Navy from 1954-1964 as a Marine Engineer aboard the HMCS Micmac, Algonquin, Ottawa, New Liskeard, Columbia, Bonaventure, and Porte de la Reine. It was during his navel career that he met the love of his life Monica (Brommit) and they began their family and life together.

Following his naval career, Gerry moved his wife and sons to Sarnia, Ontario where he worked for several years at Allied Chemical, as a Stationary Engineer. It was here that they added to their family by adopting a little girl, Nicole as family was so very important to them.

He had a strong need to be back in Nova Scotia and to live in the country. He accepted a position at the General Electric Heavy Water Plant in Port Hawkesbury.   He moved his family to an old farmhouse with a large acreage.  He and mom proceeded to completely renovate the place by themselves and raise their children in the country. He taught us to appreciate the outdoors from gardening, animals and then all the activities like hunting, fishing, canoeing, swimming, skating, and skiing. This he did in what free time he had from work and renovating. He would also make space and time to always include our friends in whatever adventures he would take us on. This is also where they would complete their family and adopt another little girl, Kelly.

He had a love for motorcycles and taught all his children to ride them. Dad always owned a motorcycle and love to ride, and he was a big supporter and participant in the Ride for Sight motorcycle charity. Without his strong support of the ‘Ride’ they would not have been able to visit Jamaica with several family members.

Dad’s love for animals showed in how each and every pet was spoiled and were special members of our family. The local wildlife will miss the spoiling too, the deer and birds came to visit him daily to see what was to eat.

When A.E.C.L. in Port Hawkesbury, Cape Breton shut down he moved back to the city to take his dream job. The position of Chief Engineer in the Steam Plant at Mount St. Vincent Motherhouse, this is where he worked until his retirement in the late 1990’s.

Dad was not a city person and after retirement, they moved back to Pictou County to be close to his roots. He also enjoyed travelling as they spent time in England, Spain, Newfoundland, and Florida but his love for the country-life always brought him back to Pictou County.

He lost the love of his life our dearest mom in 2020, which caused a severe decline in his health, his dementia diagnosis. Even as he declined, he loved to look at cards he had given our mom over the 59 years they were together and carried those cards and memories with him until the end. He was a very active man and he never stopped trying to fix things or as it was termed ‘Gerry-Rigging’ things. He was always on the move and found it so difficult to accept help from anyone. Independent right to the last.  We will miss all the stories you loved to tell us of your youth and your navy days.

A special thank you to Dr. Jeans-Mingo his family doctor and the staff of 4 West at the Camp Hill Veterans’ Memorial Building for all their help navigate the dementia illness.   Their care and support were so appreciated during his short stay on 4 West.

For Dad, “Life has changed; not Ended” reunited now with the love of his life, our beautiful mother.

Besides his parents, he was predeceased by his wife of 59 years, Monica (Brommit);  daughter, Laura Anne, in childbirth; sisters, Joan and Theresa; brothers, Philip, Arthur, James and Bernard.

In the spring of 2023, a Mass of Christian Burial will be held in Our Lady of Lourdes Roman Catholic Church, Stellarton with Father MacDonald Ibeh presiding. Interment will be in St. Andrew’s Roman Catholic Cemetery, Egerton.

Donations may be made in memory of Gerry to St. Andrew’s Cemetery, Egerton.