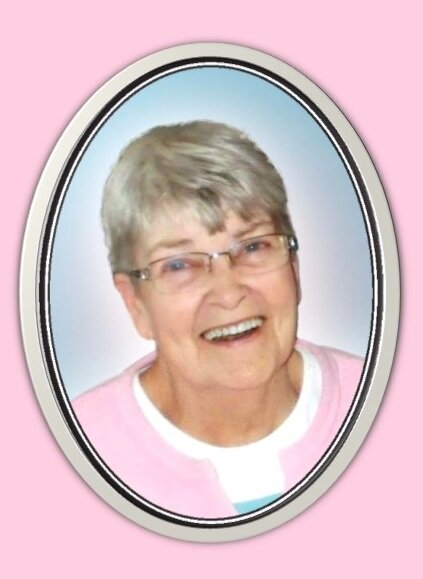 Please share a memory of Muriel to include in a keepsake book for family and friends.
View Tribute Book

PICTOU – It is with overwhelming sadness that we announce the passing of our precious mother, grandmother and great-grandmother, Muriel Turple, on January 11, 2023.

Born in Pictou on November 2, 1937, Muriel was one of nine children born to the late Kipling and Mary Ellen (Foley) MacKenzie. In 1959, she married her first love, Hugh Turple and enjoyed their life together until his tragic passing in 1975. Muriel was a dedicated worker her entire life, always focused on providing for her family. She spent a number of years working at Michelin Tire before transitioning to Shiretown Nursing Home, where she was employed until her retirement in 2002. Aside from her family, one of the greatest joys in her personal life was found in the popular show, “Coronation Street”, of which she rarely missed an episode. Muriel fondly talked about seeing the cast members at the DeCoste Centre with her daughter, Diane. Mom possessed a “gentleness” that attracted people to her, and we have only just begun to feel how deeply she will be missed by all.

In honour of Muriel’s wishes, a private family service will be held with Father Peter MacDonald presiding. Interment will be in Gladstone Cemetery, Four Mile Brook.

In lieu of flowers, donations can be made in memory of Muriel Turple can be made to the Pictou County Food Bank or Aberdeen Health Foundation Palliative Care Endowment.

Special thanks are extended to the doctors and nurses of the Aberdeen Hospital Emergency Department and fourth floor. We would also like to acknowledge the excellent care provided to Muriel by Dr. Anne Kwasnik and the staff of the Aberdeen Palliative Care Unit.

“We love you to the moon and back” – Darlene, Michael, Lester and Diane.

To plant a beautiful memorial tree in memory of Muriel Turple, please visit our Tree Store

A Memorial Tree was planted for Muriel
We are deeply sorry for your loss ~ the staff at P & K MacDonald Funeral Home
Join in honoring their life - plant a memorial tree
Services for Muriel Turple
There are no events scheduled. You can still show your support by planting a tree in memory of Muriel Turple.
Plant a tree in memory of Muriel
Print
Online Memory & Photo Sharing Event
Online Event
About this Event