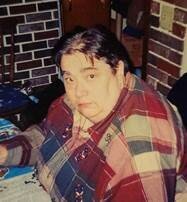 Please share a memory of Edith to include in a keepsake book for family and friends.
View Tribute Book

It is with sad hearts that we announce the peaceful passing of Edith Mariea Stewart, 75, on January, 21, 2023, at the VG site, QEII, Halifax.

Mariea was the daughter of Edward and Edith (Cooke) Stone. She was raised in Trenton, spent her last years there and in between, she made her home in other communities, with Country Harbour being one of her favorites.

Mariea was a people person. She had a heart of love for children and she and George fostered several children through their early years and she dearly loved each and every one of them. She loved the Lord and in her younger years enjoyed working in children’s ministries. Her work career was with various restaurants mostly known for her years of service at various KFC restaurants in Nova Scotia. Her final job was with Greco in Antigonish before her retirement to stay at home with George. Because of health reasons for both her and George, they reluctantly moved from Country Harbour back to Trenton to be closer to family.

Besides her parents, she was predeceased by her foster son, Timmie; sisters, Ruby, Annette and Bernice; brother, Edmund; sisters-in-law, Phyllis and Pat; brother-in-law, Billy.

At Mariea’s request, she has been cremated. There will be a private interment at a later date in Country Harbour.

Donations in Memory of Mariea may be made to Holy Trinity Anglican Cemetery or Goshen Gospel Church.

The family would like to thank everyone who helped during her illness. Special thanks to Amanda, Susan, Glenda, Charles, Stephen, Shelly, Lenny, Ernie and Pastor Luten.