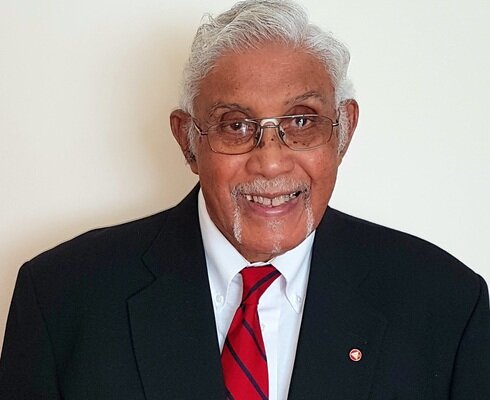 NEW GLASGOW – It is with deep sorrow and love that the family of Francis Joseph Dorrington, 89, announces his peaceful passing on February 8, 2022, in the Aberdeen Hospital, New Glasgow, surrounded by the love of his family.  Born February 20, 1932, in New Glasgow, he was a son of the late Ernest and Hilda (Jewell) Dorrington.  Prior to retirement from Michelin Tire, Granton, Francis had been employed as an Orderly at the Camp Hill Hospital, Halifax and earlier, as a Porter with the Canadian National Railway.  He was a faithful member of Second United Baptist Church, New Glasgow, where he served as a Church Trustee, choir member, and as President of the Men’s Brotherhood.

Francis was a dedicated member of the Masonic Lodge for many years. His Masonic journey began with the Equity Lodge in Halifax in which he received his first of two prestigious 50-year Masonic Jewels.  He held various chair positions in both the Royal Arch Masonry as well as the Orient Council.  As a member of the Canadian Junior Chamber International, Francis became a Jaycees International Senator.

Besides his parents, he was predeceased by siblings, Angelo, Thomas, Sylvia, and Joseph “Joe”; son-in-law, Vannie Taylor III. A private family service was held, and a Celebration of Life will take place on Sunday June 5 at 2:00 pm at Summer Street, 72 Park St., in New Glasgow with a repas to follow.  Live streaming will be available on June 5, 2022, commencing at 1:45 pm ADT. Please click the Livestream button to the left above or alternately go to Youtube.com and search for Francis Dorrington Celebration.  In lieu of flowers donations may be made in memory of Francis to Second United Baptist Church, New Glasgow or Aberdeen Palliative Care Society.